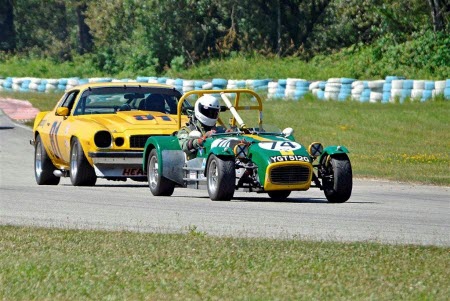 These two stalwarts of the VRCBC Executive Team, Dennis Repel and Mark Brown, seem to have a good scrap almost every race weekend, and the Vintage Groups 1 & 2 Feature Race at the 2012 BCHMR was no exception.  If you look closely at the photo above, you will see the onboard camera mounted on Mark’s roll cage. You can watch the entire race from that ‘bird’s eye view’ by clicking this link. 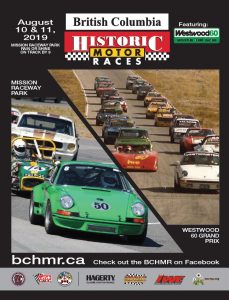