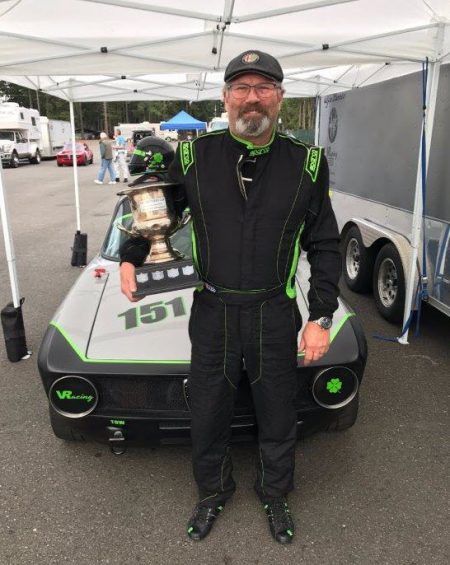 A proud(?) Tom Leeming poses shortly after being awarded the Battered Cup in recognition of his dismal luck at the 2017 BCHMR. The guilty party, Tom’s beautiful 1973 Alfa Romeo GTV is trying unsuccessfully to hide behind him. – Roger van der Marel photo

At every BC Historic Motor Races, the VRCBC awards (probably not the best word for it) The Battered Cup to ‘the driver, car or crew that has suffered the most battering or generally inhumane treatment from the evil spirits of motor racing‘. We have had some very deserving recipients in the past but our 2017 ‘winner’, Tom Leeming has probably set the threshold at a new height (or maybe it is depth?).

The 2017 BCHMR was to be Tom’s first time at the Mission Raceway Park Road Course and he thought it would be a good idea to enter the Friday Practice Day to learn the track before the racing started on the weekend. So he drove the 1,260 km from his home in Ennis, Montana to Mission and was ready to go first thing Friday morning. However, after only a few laps, his Alfa’s engine began overheating. A quick diagnosis identified a blown head gasket and possibly more serious issues that could not be fixed in time so Tom loaded up the trailer and headed back the 1,260 km to home, never even having had the chance to ‘turn a lap in anger’.

It was obvious to everyone that those ‘evil spirits of motor racing‘ intended that Tom should receive The Battered Cup for 2017, but we were unable to present it to him at the track because he had already left. However, thanks to our friends at SOVREN, our own Alfa GTV racer, Roger van der Marel was able to present it to Tom during the Drivers’ Meeting at their recent Fall Finale weekend at Pacific Raceways. You can see the ‘ceremony’ in the following photos. 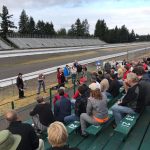 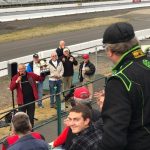 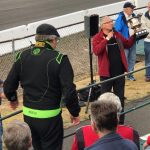 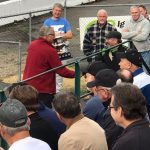 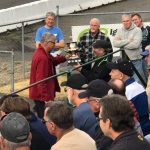 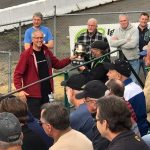 Thanks for making the significant effort to enter this year Tom and we look forward to you returning to race with us again next year and to being able to pass on The Battered Cup to someone else! 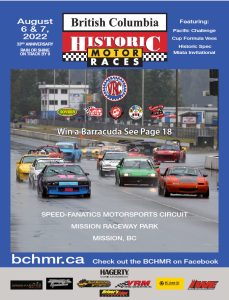